Playing the likes of Point Blank and Time Crisis on PS1 was a novelty unlike any other. Bringing these predominantly arcade experiences, often replicated immaculately, into your living room felt incredible at the time – especially if you were lucky enough to own a G-CON 45 or any of its alternatives. That magic was often enough to obfuscate the fact that you’d effectively paid full-price for a 30 minute game, but it doesn’t work quite the same today.

The House of the Dead: Remake is remarkable for a number of reasons: it represents the first console conversion of SEGA’s iconic 1996 rails-shooter since Tantalus Interactive’s disappointing SEGA Saturn port, as it’s widely assumed that the Japanese company lost the source code. This revisit to Curien Mansion has been rebuilt from the ground-up in Unity, then, with every automated camera transition and barrel placement painstakingly recreated for the PS4.

The problem is that, without the warm glow of a CRT and a greasy plastic pistol in-hand, the experience doesn’t quite bridge the gap from camp 90s curio to modern undead blast-‘em-up. Despite an array of settings, controls feel cumbersome both with the analogue stick and the DualShock 4’s gyroscope; even a combination of the two, like the contemporary gyro aiming pioneered by titles like Splatoon, feels fluffy and frustrating. PS Move support is scheduled to be added, but controlling a cursor with Sony’s motion wand has never quite felt the same as a lightgun either.

You’re left with a game that just doesn’t feel right, in a release that’s has little to offer beyond shooting zombies in the face. All of the exploding body parts and ridiculous boss fights from the original are replicated here, and you can choose between a handful of different scoring systems and even a couple of local multiplayer options which fundamentally change how your credits are used. But not even the addition of a brutal Horde mode, which bumps the number of rotting bodies on-screen, can make up for the fact the core gunplay feels so stiff and unsatisfying.

It’s a valiant effort, and an impressively authentic recreation all-in-all, but it just doesn’t hold up from a modern perspective – especially without a lightgun in-hand.

A true PlayStation veteran, Sammy's covered the world of PS gaming for years, with an enormous Trophy count to prove it. He also likes tennis games way more than you.

Looks awful to be honest, may pick it up in a dirt cheap sale to play with my aim controller.

Thought this might be the case. Couldn't get into Wii or PS Move shooters for the same reason, moving a cursor around just isn't very fun. "Light gun" games haven't been the same since the demise of CRT.

Can you use the ps camera+gun combo for a faithful recreation of the original feel?
I don't enjoy these types of games but it might help the people who like them.

Anyone else here used to play operation wolf on the master system with the light gun?

They've butchered the PC version as well so that it doesn't work properly with modern light guns, I'll just stick to emulating the superior arcade original

@lolwhatno They're adding PS Move support but I imagine it won't be great as you're effectively controlling a cursor rather than aiming a gun.

@get2sammyb Ow that sucks, I guess there's no saving the game then. I hope the devs didn't expect a success but rather wanted to please fans of the games.
Thanks for the answer!

I really wish this would have came out on hey Oculus Quest 2
My wife has one that i never play, cause i am not big on VR, at least at the moment. But i would have played this on there. Oh well i have played these in the arcade enough, so it’s not a big deal
But i will pass on this for PS4, Xbox and Switch.

This game would be better off being offered at no extra cost as part of a subscription... Kidding aside I'll probably get it on sale

Anybody remember the Silent Scope games? I really enjoyed those.

Tha Saturn port looked bad, but it was pretty acurate to the arcade. I played it so much on Saturn at the time, I knew the game beat for beat at the arcade back in the late 90s.

as expected. vr and move control options should have been at the forefront of the development process... not an afterthought. stick to the ps3 or wii versions of house of the dead 2/3.

@MatthewJP
Yes loved it on the master system. Shooting the magazine's on the floor to top up ammo was a great mechanic.That and shooting the knives away and seeing them deflect into the background. I went to a retro arcade bar a few weeks back while away with work and got to play Operation Wolf on an original arcade machine it was in surprisingly good condition and still great fun.

I'll stick to the collection I have on Wii. As for coming here I'm going to be taking a break, there's certain things here which I'm not getting into I'm not happy about. I'm still suffering the long term effects of COVID after recovering from it recently and my physical health must come first. I just can't afford to be stressed anymore so a hiatus is needed. Sorry for slightly going off topic but I just needed to let off a bit of Steam and I hate Twitter.

@JustEddie That’s a blast from the past. Silent Scope was pretty impressive for an early PS2 arcade conversion.

Speaking of blasts from the past, my favorite light gun game is probably Horned Owl on the good old PS1. I had an import copy and really played the heck out of it. Good times.

@MatthewJP When I was younger, an arcade I went to was flogging an Operation Wolf cabinet for £100. I think my parents were seriously considering buying it, but didn't know how to transport it home.

Wish we would have got it!

@JustEddie Loved Silent Scope on the Dreamcast. Did you know they ported a version of it to the GBA?

Does any of you recall waiting in line for a turn to play this on the arcade because of how popular it was?
Yeah, me neither.

@avatarian I don't recall anyone queuing up for this but I certainly remember queuing up to play a game called Operation Wolf, that being said I do recall seeing the game at Arcades here and there but I don't think it was as popular. I ended up buying the Master System version of Operation Wolf because I had the Light Gun for it.

I'm not surprised, this was always going to be a dirt cheap bargain bin sale for me.

I think it looks great but the controls seem to really set it back which is really unfortunate.
Seems there’s a whole untapped light gun market out there, folks.

For anyone who's a fan of lightgun games, whether it be Operation Wolf, Duck Hunt, House of The Dead 2, Virtua Cop or Time Crisis, then I highly recommend the Sinden Lightgun which is compatible with PC or Raspberry Pi. It looks and feels exactly like using the real thing and is great fun

@lolwhatno id certainly try it that way if I were playing this. I had a gun mount for the ps move and to me it felt every bit as good as any other plastic gun i used... But its lost in an office draw somewhere and lm not keen enough on this to track it down!
I may also be remembering with 'rose tinted glasses' as its fair to say last time i used them was long time ago!

This looks rubbish, but now I'm sorely tempted to dig out my ps one, g-con and copies of the Time Crisis games for the afternoon 😄

More dross than Bros. No offence, to the brothers Goss 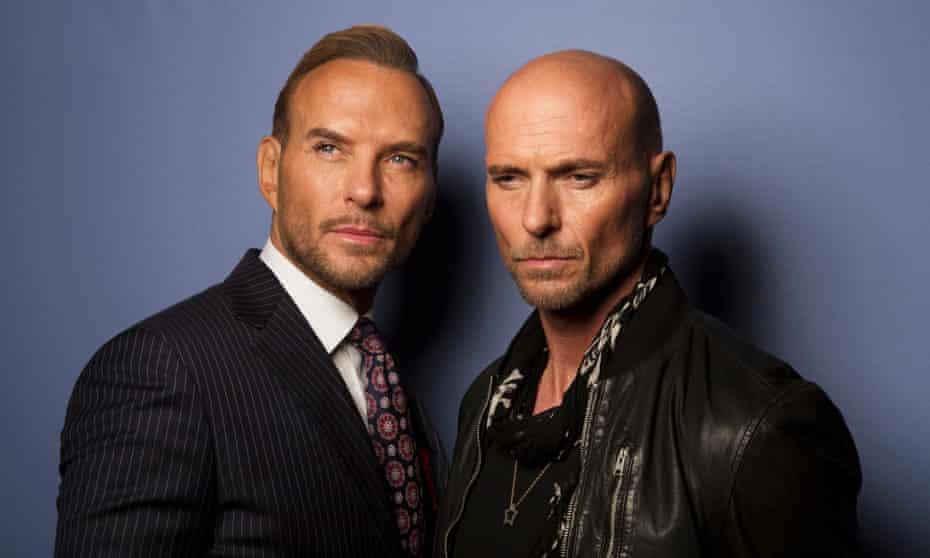 I love HOTD but forever entertainment is a polish studio that has an arguable shovelware heavy catalog, I will get this when it is 75% off like I did with their panzer dragoon game.

Too bad they didn't include 1&2, like they said they would.

The House of the Dead: Remake

The House of the Dead